Are You Toxic? Identify the 12 Most Common Environmental Toxins

Home/Environment/Are You Toxic? Identify the 12 Most Common Environmental Toxins
Previous Next

Are You Toxic? Identify the 12 Most Common Environmental Toxins

This is a question that more people are beginning to ask themselves in order to explain their ever expanding list of health issues and symptoms.

The more you listen to health experts and read wellness articles the sooner you come to the conclusion that many people are being affected by toxic substances in their body. While the symptoms may be difficult to pinpoint and fairly mild at first, over time many people will likely come to the realization that toxins are robbing them of their energy, health and vitality. When would now be a great time to invest a few minutes to read over this checklist to help determine: are you toxic? 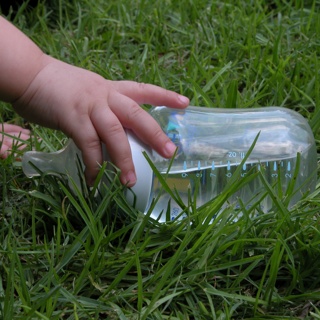 Around the world we are being exposed to an ever increasing number of toxins in the air, food, soil and water. Many experts feel that environmental toxins may be the most serious threat to our health and well-being. With chemicals, heavy metals, petroleum products, plastics and pollution we are facing an avalanche of toxic compounds and substances at never before seen levels.

Even people who take good care of themselves with a good diet, regular exercise and terrific lifestyle are impacted by the air you breathe, food you eat and the water you drink. With more than 80,000 industrial chemicals, thousands of synthetic pharmaceutical compounds, excessive heavy metals in our soils and waterways and excessive air pollution we are surrounded by toxins day and night.

Many scientists now believe that exposure to chemicals, whether indoors or outdoors, are a major contributor to chronic diseases plaguing mankind. A toxins and disease database which summarizes links between chemical contaminants and 180 conditions or diseases has been released by the Collaborative on Health and Environment (CHE). The World Health Organization (WHO) released a revealing report highlighting how one-quarter of the world’s disease burden is due to environmental toxin factors.

The following table offers a checklist affecting the health of many.

1. Chlorine and Fluoride: These compounds are routinely added to drinking water and pools to kill algae and small organisms in order to make the water safer to drink. Ironically their storage containers label them as hazardous materials and provide risks and warnings regarding cancer and other health issues.

2. Bisphenol – A: A chemical additive in many plastic products such as bags, bottles, pacifiers, toys and wraps.

3. Organophosphates (OP): Also known as esters of phosphoric acid. These compounds are the basis for toxic compounds in herbicides, insecticides, nerve gas and pesticides. They are known to damage many areas of ones health such as the endocrine system, nervous system, reproductive system and respiratory system.

4. Phthalates: Compounds found in many personal care and plastic products have been linked to damaging our endocrine system, immune system and organs.

5. Volatile Organic Compounds (VOCs): Compounds in air fresheners, building supplies, carpeting, furniture and paints have been linked to damage and even cancer of the kidney, liver and nervous system.

6. Perfluorinated Chemicals (PFCs): These compounds are used to make non- stick cookware and wrinkle resistant clothes and have been identified as risks for cancer and other health issues.

7. Brominated Flame Retardant compounds: These are used in many bedding, clothes, furniture and toys to reduce the risk of fire. While this is a good idea the chemicals may be more dangerous due to endocrine and neurological toxicity especially in children.

8. Polychlorinated Biphenyls (PCBs): These chemicals were involved in many industrial uses such as capacitors, coolants, paints, PVC coatings and transformers. Even though these compounds have been banned in the US and other countries for many years the toxic residues does not degrade readily and is still present in many soils and waterways worldwide. Unfortunately they are still being released into the air, soil and waterways from improper containment sites in countries around the world. Health issues include cancer and endocrine system, immune system and nervous system disruption. Another concern is the tendency for these to chemicals to concentrate in animals and fish that we consume as food.

9. Heavy Metals: such as cadmium, lead, mercury and depleted uranium. Heavy metals have been used in many agriculture products, industrial products, petroleum products, amalgam fillings and even vaccinations. They are also released by power plants and steel mills burning coal for fuel. They are known to disrupt the endocrine system, nervous system and reproductive system. Unfortunately mercury is now so common in certain fish that we are warned to limit our intake to one serving a month.

10. Synthetic substances and compounds created to replace the real deal. This includes synthetic food additives, colorings, flavorings, preservatives, sweeteners and vitamins. If it is not a natural substance than it is tricking the body and artificially replacing something the body needs and wants to maintain our health and vitality. It is not nice to trick “Mother Nature” and we do lack full understanding of the long term ramifications these synthetic substances may create. Also be on the look out for synthetic cosmetics and body care products. (Search archives for more details) Also use extreme caution with synthetic prescriptions which are artificially designed to replicate a natural substance found in nature. Unfortunately the natural substances are too complex and intricate to fully replicate and therefore the synthetic substances have numerous side effects and risks.

11. Genetically Engineered (GE), Genetically Modified Organisms (GMO) and Biological agents. When scientists attempt to interfere and manipulate the natural evolution of life and override the divine order of creation and natural life they are attempting to “play God” and as a result put all life on earth at risk. While many people are aware of the dangers posed by the creation of these “Frankenstein biological freaks of nature” the vast majority of people are fairly clueless when it comes to health hazards and long term risks to all living organisms on earth.

12. Processed Radioactive Material and Radioactive Waste by- products. Whether it is uranium for nuclear power plant fuels or depleted uranium for weapons this is one of the most dangerous products on earth. We all know how dangerous radioactive leaks can be but many people are unaware of the dangers from depleted uranium. Besides being used in weapons depleted uranium is also destructive because it harms the body as a heavy metal and as a radioactive substance which causes damage to all types of human cells in numerous ways. Of particular concern is the long life of radioactive materials which may last many centuries.[/colored_box]

Now that you are more aware and tuned into the abundant amounts and source of major toxins it is time to learn easy and effective strategies to lower your exposure and risk. By making some basic changes in your lifestyle you can reduce your level of exposure to toxins and even begin to minimize your level of toxicity. 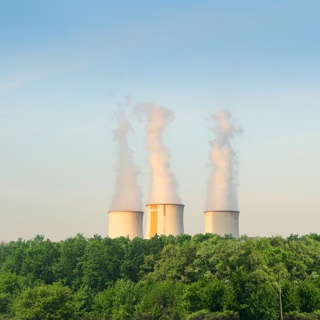 There are even specific strategies outlined in previous Great NEWS Letters to reduce and remove toxins from your home and office environment. You can also follow suggestions for ways for cleansing, detoxing and eliminating toxins from the body once you have them.

Hair analysis and electronic diagnosis can help identify which toxins are present in your body and help guide you toward preventing and eliminating further contamination. The bottom line is to use common sense, learn more about what goes in and on your body and read all the labels on products. Begin with baby steps to eliminate the harmful toxins in your clothing, foods, garage, house and workplace. Then replace them with natural and safer products.

Please understand the short term and long term risks to you and your loved ones before you buy or use any additional toxins. Unfortunately we live in a world that has many toxins and it is up to you to do your part to clean up and reduce these toxins everyway possible. Together we can begin to clean up the toxins and eliminate them for future generations. When would now be a great time to invest a few minutes to ask are you toxic and take action to reduce your exposure to toxins?