The previous Great NEWS post asked Are Root Canals Health Hazards and today we ponder Are Cell Phones Health Hazards? This post is important for the health of all children, men and women because cell phones have become part of our daily lives and can increase certain health risks. We have become accustomed to them and take for grated potential health hazards and safety issues. Cell phones pose a high health risk for several reasons to be covered today. This post will answer Are Cell Phones Health Hazards and suggest ideas to help you minimize your risks from cell phones.

The Great NEWS Coach Health Hazards series is designed to alert readers to risks that can rob us of our happiness and health. Cell phones pose several risks that can result in death, disease, dismemberment and disability. Yes this is serious stuff so please read on.

Cell phones can be a helpful tool or dangerous weapon as you will soon learn. They are the high technology game changer that is connecting the world while at the same time leading to abuse and misuse by contributing to unfortunate death, destruction and disease. 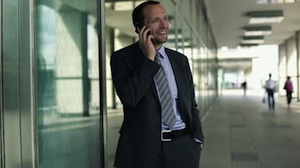 The cell phone manufactures and telecommunications companies have been slow in notifying the public about the risks and warnings regarding cell phones and cell phone towers.

Cell phones depend on cell phone towers to receive and send signals in the form of Electro Magnetic Frequency (EMF) radiation. While it is very difficult to avoid cell phone radiation completely due to the number of cell phones and cell towers, we must find ways to avoid and reduce our exposure in every way possible.

Doctors, researchers and scientists have discovered significant evidence that cell phone radiation is similar to other forms of radiation which can contribute to health issues like:  cancer, cellular damage, disease, DNA damage, genetic disruption, hormone problems, mental impairment and organ problems. Since cell phones have become a common communications device over a billion people are being exposed to cell phone radiation on a regular basis.

Many people are confused about cell phone and cell tower radiation due to confusing messages, empathy and lack of industry warnings. They do not realize that cell phones and cell towers receive and send EMF radiation constantly. Depending on the duration, proximity and strength this EMF radiation can affect human cells and cause damage. Brain, endocrine glands, nerves cells and reproductive tissues including eggs and sperm have been found to be particularly susceptible to EMF radiation damage.

Awareness of cell phone and cell tower dangers is essential in order to promote health, safety and environmental awareness and protection strategies. Common sense tells us to practice proper protective procedures when dealing with EMF radiation in order to protect ourselves. Most people do not connect the dots and see the big picture when it comes to cell phone and cell tower EMF radiation for their mental and physical health and well being. 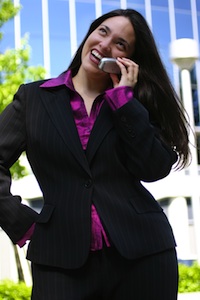 Most of us have been complacent regarding the potential damage from cell phones and cell towers.

Our body’s cells depend on a flow of natural energy, information, nutrition and vibration for function and health. Cell phones use EMF radiation in the microwave range which can expose us to excessive disruptive radiation. Like a microwave oven this EMF radiation can cook and damage our cells.

Most of us have been complacent regarding the potential damage from cell phones and cell towers. This could be the result of deceptive or defensive attempts by the cell phone industries to focus our attention on the connection and convenience benefits offered by cell phones as they generate billions of dollars in revenue. Unfortunately too many people have placed too much trust in cell phone technologies and remain in the dark regarding the full range of dangers from cell phone usage and cell EMF radiation.

While many groups, individuals and organizations downplay the dangers and risks of cell phones and cell towers it is well documented they can have a major impact on our health and well being. Cell phones and the EMF radiation they utilize are a major health hazard. Consider that many businesses, cities, communities, counties, countries and even military bases have created regulations and rules regarding the safe use of cell phones for children and adults. This includes driving, operating equipment and usage.

They have realized that using cell phones create health hazards due to the consequences and health problems that have occurred. What do these groups know that we should know so we protect our selves for long term happiness and health? 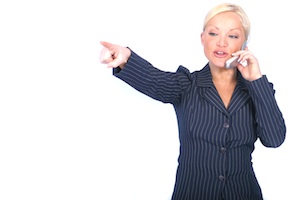 Talking on a cell phone while in buses, planes and trains is annoying to others and can result in personal information disclosure

Using cell phones at the wrong times or in the wrong ways can be a disaster waiting for a place and time to happen. Cell phone habits and health hazards to minimize and stop include:

When we stop creating bigger problems and start creating better solutions we will enjoy even more happiness and health in our life. There are simple steps to reduce your risks when using cell phones.

This Great NEWS post …Are Cell Phones Health Hazards reveals smart steps you can implement to protect your self and family from the potential health risks associated with cell phones and cell EMF radiation.   The goal is to help people become more aware of simple protective measures to help minimize the health, safety and environmental risk factors from cell phone usage.  Reading “Are Cell Phones Health Hazards” will help you protect you and your family from cell phone related health and welfare factors that could impact your long term happiness and health.

What is your current Gap?

How many sources of cell phone health hazards are you gambling on?  The average cell phone user today is typically unaware of the serious consequences of casual and unprotected cell phone interactions.

What mastery action plans will help you reduce your cell phone EMF radiation and risk exposure? For a detailed warning about cell phone risks search the internet or go to Environmental Working Group:  http://www.ewg.org/cellphone-radiation

What comments, commitments or concerns come to mind regarding cell phones?  What else can you do to stop harmful cell phone habits and start using them with more caution for even better health?

PS:  Comment, like, plus and share this blog on the social media page links because family, fans, followers and friends will also benefit from The Great NEWS Coach and Transformation Life Coaching (TLC)..  Thanks for your continued support.