Last week we shared some Great NEWS on how to create the perfect home for perfect health and this week we will discover a major risk and health hazards from fungus and mold problems in the home.

While most people are alert and aware for warnings about bacteria and virus dangers many people are less informed when it comes to the serious health hazards from common fungus and mold problems.

One big life lesson occurred more than ten years ago when my wife worked at a public school that had a serious mold problem. During the summer some extremely heavy rains fell and some leaks developed which allowed water to enter the buildings. Since it was summer vacation the central air conditioning system was off and the building mostly vacant. As a result the mold spores found a nice warm and wet environment to grow.

Even after the mold was discovered and cleaned up many students and teachers complained of various health issues they attributed to the molds and spores that continued growing and producing mycotoxins. It finally required a major clean up and remediation which cost a large sum of money to finally resolve. Unfortunately many people suffered numerous health issues for many months during the long drawn out process. 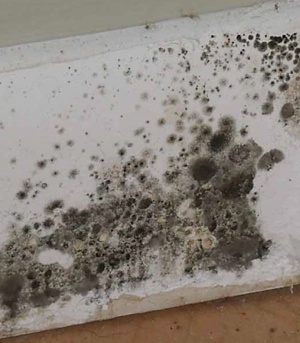 As a matter of fact, new research indicates that they may pose an even great risk to you health and well being due to the persistent and systemic exposure that many people are facing. Many experts feel that fungus and mold problems may be the cause of many breathing and immune issues and be the precursor to much of the diseases caused by bacteria and virus infections.

Fungus and mold problems may be the one of the earliest health challenges we encounter that begins a chain reaction leading to a compromised immune system and ultimately serious disease.

To stop fungus and mold problems you must start increasing your awareness by learning more about them in order to be more proactive to protect yourself.

What is a Fungus?

Wikipedia says “a fungus is a member of a large group of eukaryotic organisms that includes microorganisms such as yeasts and molds, as well as the more familiar mushrooms”.

Fungus are distinct from somewhat similar slime molds and water molds. Genetic studies have shown that fungi are more closely related to animals than to plants so this may be why they are potentially more of a health risk.

What is a Mold?

Wikipedia says “Molds are fungi that grow in the form of multicellular filaments called hyphae. Molds are considered to be microbes but microscopic fungi that grow as single cells are called yeasts”.

There are thousands of known species of molds. “Some molds cause disease or food spoilage while others play an important role in biodegradation or in the production of various foods, beverages, antibiotics and enzymes”.

While fungus and mold problems are very common and may sound simple to deal with, be sure to learn and understand the significant short term and long term damage and risks from exposure. Many people are unkowingly hosting them in their body, home or workplace with serious consequences.

While they are quite different they are also quite similar in how they produce mycotoxins which compromise your health and well being. Remember all aspects of the fungus and mold problems from their food needs, growth, mycoxins, secretions, spores and waste products have an impact on your cells, organs and biological systems.

Fungus and mold problems are a significant risk and even more people may be dealing with them due to poor building maintenance issues and significant flooding problems.

Visit, click > Dr. Thrasher on the Health Dangers of Mold