Last week the Great NEWS blog post shared the Standard American Diet Disaster – SADD News Part 1 and the list was so long this week we continue with Part 2. The United States (US) is currently facing an excess weight and obesity problem of staggering consequences and costs. Americans are leading the world in unhealthy lifestyle choices and foods. The cost to the health and wealth of the US is one of the greatest tragedies in our modern world.. Will you be able to learn a valuable lesson and avoid the SADD problems or will you follow in their footsteps and suffer the same Standard American Diet Disaster – SADD News and consequences?

Be sure to read the entire list so you are well informed of the dangers in the Standard American Diet Disaster.  There is great news shared at the end of the post with simple suggestions to begin replacing the fast foods and junk foods with super healthy foods. 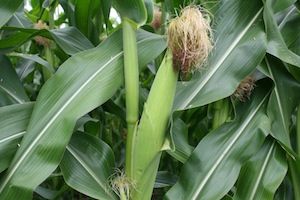 Most of the corn grown in the US is GMO.

High Fructose Corn Syrup (HFCS) is used in many beverages and foods frequently consumed. While it is usually labeled they often confuse consumers by listing several forms of sweetener to make it more difficult to know the full sugar content easily.

UCLA research indicated that HFCS made rats forgetful, obese and stupid .   Could this be happening to people?

Fake sugars like splenda and sucralose are commonly found in foods without being specifically labeled.

The US Government and USDA has allowed GMO foods to be fed to animals and we do not know the long term consequences from this practice.

Soy, soy protein and textured vegetable protein has been promoted as a health food even though it is not prepared correctly to neutralize harmful anti nutrients and enzymes that are detrimental to our health. Excess phyto estrogens are also a major issue with the healthy hormone balances of children, men and women.

Foods are treated with many fertilizers, fungicides, herbicides, insecticides, larvicide’s and pesticides, It is common knowledge that a significant amount of ground meat and chicken is contaminate with E coli and salmonella during packaging.

Chicken fried steak, fried burgers, fried chicken, fried chips and French fries are some of the clearly unhealthy foods you can eat.

Eating excess pasta, pinini and pizza are obsessions packing on the pounds.

Excess sugar in coffees, juice drinks, sodas, sport drinks and teas are so addictive and prevalent that many adults and children choose not to drink healthy water which is boring and tasteless.

Many people are consuming a wide variety of caffeinated drinks.  It is particularly worrisome to see the  large numbers of young people drinking Buzz Beverages for an energy boost.  These buzz beverages are spiked with caffeine and sugar

All you can eat buffets of fake foods, fast foods and junk foods are so common that people pig out on a regular basis and pack on the pounds. 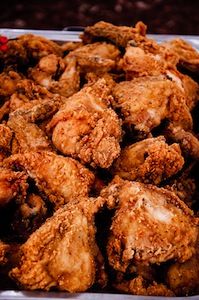 Fried chicken and other fried foods are unhealthy

Imagine a hospital having a KFC, MacDonalds, Burger King, Dominos or Pizza Hut on the premises tempting the patients and staff to eat unhealthy. This creates an unhealthy lifestyle example across the US.

Mothers are encouraged to feed infants synthetic formula which contains high levels of sugar (up to 50%) instead of breast feeding. The formula is dried milk or soy based which is never as healthy as mother’s milk and does not offer the immune boosting benefits.

Mothers are also targeted for boxes and jars of highly heated and processed Baby cereal, cookies, crackers, foods, fruits and juices when fresh and whole food versions would be much better.  Many baby foods are sweetened with HFCS.

Busy moms are targeted for buying convenient microwave dinners of fast foods and junk foods for quick microwaving. Already nutrient deficient the microwaving makes them even worse for you.

Kids are eating a lot of peanut butter and jelly sandwiches that are loaded with sugar.  When you read the labels you often find that even the bread has HFCS added. 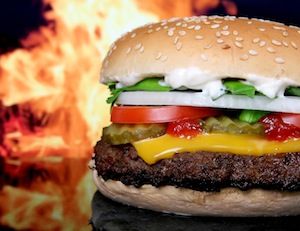 Today big cheese burgers contain many unhealthy ingredients. The meat is often from exhausted, over milked and sick dairy cows many treated with bovine growth hormones.

Who is behind the promotion of unhealthy fake foods such a cheetos, chicken “MacNuggets” or hamburgers that do not deteriorate even after several years.  Obviously there are companies  with a hidden agenda that puts profits before people.

Adults and kids are eating lots of roasted and salted almonds, cashews and peanuts. Many consume caramel coated nuts also.

Many eating establishments, fast food joints, hotels, kitchens, and restaurants frequently microwave foods also.  When eating out you seldom know what is in the food or how it is prepared.

Almonds in the US now require irradiation or pasteurization which can alter DNA and destroys many of the nutrients.

Many foods are irradiated during processing and shipment which is normally not disclosed.

Many adults and kids prefer fruit juices instead of whole fruit.  This creates even more of a sugar overload since without the fiber to fill you up and slow down the sugar absorption you get a big sugar rush.

Many adults and children will drink a soda and eat a bag of chips or cookies for a meal or snack. This usually costs around two dollars and for the same money they could have a mixture of two pounds of delicious and nutritious almonds, apples, bananas, kiwi, nectarines, oranges, peaches, plums, pumpkin seeds, tangerines and walnuts,

Eating Sugar All Day and Night 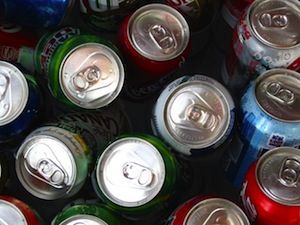 Many Americans consume significant amounts of soda which is loaded with cafeine and sugar.

As a special treat many people eat a  big breakfast of flapjacks, French toast, pancakes or waffles covered with pancake syrup  or other sugary syrups.  Pancake syrup should be more accurately labeled as HFCS with artificial additives and flavorings.

Other breakfast favorites include bagels, donuts, cookies, cupcakes, croissants, fried pies, granola bars, fruit breads, English muffins and muffins. Often more sugar is added on top of these already sugary items with more sugar glazing or topping.  Often  HFCS is the sweetener of choice for many bakers in the US.

Pizzas have become one the favorite foods ordered for delivery to families, kids parties, sports teams and youth groups.

For desert there are a wide assortment of brownies, cakes, candies, cookies, desert coffees, milk shakes, pies and sweet treats,

Of course there is also ice cream, ice cream cones, ice cream bars and popsicles are an extra serving of sugar to adults and kids that are already overdosed on sugar. Check the ingredients and you will normally find lots of flavorings, cane sugar, beet sugar, corn syrup, malted sugar, high fructose corn syrup and soy.

Have you looked at the shelves of canned beans, fruits, soups and vegetables many of which contain more sugar and other unhealthy ingredients?

Even white rice which may appear healthy is another simple carbohydrate that quickly raises you blood sugar.

BTW Alcohol is a form of sugar.

Even healthy water is contaminated with chlorine and fluoride treatments which increases the body’s toxic load.

Most diet foods are highly processed and refined fake foods that do not provide the antioxidants, enzymes, minerals, phyto-nutrients, trace elements and vitamins our bodies need. Meal replacement bars, powders and shakes are poor substitutes for nutrient dense organic real meals.
When you take a closer look you come to the realization that people are eating sugar all day long.

Plastic bags, containers, cups, covers, utensils and wrapping contain many harmful compounds such as BPA, BPS and phthalates which can leach into the foods

Styrofoam cups and plates can leach styrene into the beverage or food which is a known carcinogen.

Many pans and pots are coated with a non stick surface that leaches harmful chemicals into foods while being prepared.

Many people use aluminum foil for cooking as well as pans and pots made with aluminum which can create problems from the aluminum toxicity.

Continue making notes in your journal regarding the foods you are buying and consuming. Do you notice any cravings and when the craving occurs?