Prior President Promotes a Plant Based Diet

Home/Nutrition/Prior President Promotes a Plant Based Diet
Previous Next

Prior President Promotes a Plant Based Diet

Did you hear the recent great news story regarding why a prior president promotes a plant based diet?

Yes, former President Bill Clinton recently discussed on CNN his quest for health and longevity as the reasons for adopting a plant based diet. He is well known for his past obsessions with burgers, fast food and a meat based diet, which may have led to the by pass surgery and a stent implant.

President Clinton’s plant based diet includes abundant amounts of beans, fruits, legumes, vegetables and green plants. He also enjoys a healthy smoothie every morning without dairy. It changed his whole metabolism and he lost 24 pounds which puts him near his high school weight. 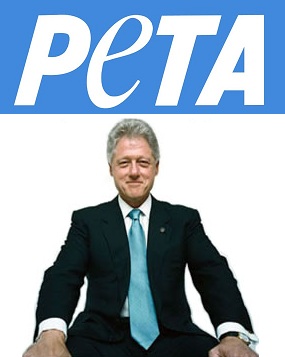 He did the research and found that the majority of people following a plant based diet have reversed heart disease. This is another great example of how the plant based diet is going mainstream and with this latest news will help this important message go viral.

This is quite a synchronicity since this news came out in October and it is officially recognized by the North American Vegetarian Society (NAVS) as the month to go vegetarian and discover the amazing benefits of a plant based diet. The best way to discover for yourself the difference that eating shift can make is to give this lifestyle a try for several days, weeks or even a month.

There are numerous movements and programs to encourage you to eliminate or at least reduce meat from your life such as:

Regardless of your methods or reasons for shifting more towards a plant based diet, the animals, ecosystem and your health will undergo significant benefits.

Healthy Vegetarian Choices and Lifestyles can offer significant benefits to people and the planet which include:

Reducing the risk of major debilitating disease such as cancer, cardio vascular disease and stroke associated with a significant animal product based lifestyle.

Helping us reduce the number of animals in feedlots and the production of animal feed crops which are both very inefficient and ineffective at feeding the global population. On average 10 pounds of feed will yield less than 1 pound of animal product and less than half of that is edible. Imagine using the land and plants to grow food to feed people directly. This will help conserve our most precious resources such as diverse ecosystems, fresh water aquifers and fertile topsoil. We will also help protect lakes, rivers, bays and oceans from the contamination and destruction caused by modern hi-tech agriculture practices

Providing more viable options for feeding the worlds hungry, malnourished and starving populations through a more effective and efficient use of grasses, grains, legumes and other food crops. Most people do not realize that fish meal is added to many animal feeds which is totally unnatural and an inefficient use of fish. This depletes the oceans of fish and is a waste of precious food resources that many developing and poor countries population depend on to supplement their diet.

Preventing large numbers of factory farm animals from suffering in the Concentrated Animal Feeding Operations (CAFO) facilities. The horrific conditions of confinement and crowding creates contaminated water, disease infested environments and excess animal waste which causes diseased, sick and stressed animals prior to the pain, suffering and terror during the slaughter process.

Helping us decrease carbon dioxide, methane and other greenhouse gases that are accelerating global warming. Growing animal feed, raising animals and transportation of animal products may be responsible for up to 33% of the green house gases and pollution, the major contributing factors for global warming

Reducing the constantly expanding and severely detrimental impact caused by big agriculture based mono crop farming dependent on toxic chemicals and from Confined Animal Feeding Operations (CAFO) which abuse animals and spread disease. These industrial factory farms result in massive pollution of our precious air, food, land and water which we depend on for survival.

Changing Our World One Bite at a Time

Promoting the global population to shift more to a plant based diet which may likely result in a corresponding shift in actions and thinking for better equality and fair sharing of precious food resources. It is quite obvious that animal product consumption is significantly tied toward developed county populations at the expense of developing countries populations which exploits those that have less so that others have more. This thinking is responsible for many of the battles and wars that have been waged over foods and resources and results in massive causalities, relocations and suffering.

Creating and promoting a more peaceful society and way of living when we are not consuming the large amounts of tormented animal flesh. Most animals raised in crowded feedlots are abused, manipulated and tormented without real concern for their basic welfare and quality of life. They are treated as mechanical meat producing units as opposed to intelligent animals and mammals that have communications, feelings and intelligent abilities. 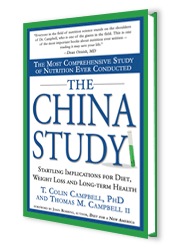 Remember we are what we eat so it is important to make healthy food choices to maximize your health. Eating animal flesh from animals forced to eat unhealthy foods, raised in crowded conditions and pumped full of antibiotics and hormones is going to transfer the unhealthy chemicals, DNA and tissue directly into the person that consumes that flesh. Eating lower on the food chain avoids these harmful aspects of consuming animal flesh and is much more cost effective in the short and long term for global citizens and future generations to come.

You know a shift in awareness and consciousness is taking place when you hear on national news that a prior president promotes a plant based diet. Bill Clinton looked at the significant documentation and research which indicated clear advantages and benefits to adopting a plant based diet to reverse disease and improve his health. What will it take for you to begin the shift in thinking to transform your energy, health and well being now before you have a serious disease or sickness that robs you and your family of a quality life? Even a baby step towards being more vegetarian is a step in a positive and life affirming direction. Congratulations on your new choices and please do your part to pay it forward.

Please watch the “Devour the Earth” youtube video narrated by Paul McCartney on the timeline and tipping point of planet earth.

Read additional information from Doctors Caldwell B. Esselstyn, Dean Ornish and T. Colin Campbell who wrote The China Study and others on how to reverse heart and other disease by following a plant-based diet.

On a more humorous and lighter note you can enjoy a bit of music and singing.

Why Must We Eat the Animals

Also, Clinton gives an excellent short interview on why he switched to a plant based diet.