The Power of Truth

Home/Emotions/The Power of Truth
Previous Next

The Power of Truth

After last weeks article focused on shifting the dark side of envy and greed toward embracing the light side of gratitude, this week we will focus on the power of truth.

With the prevalence of negative news in the world currently it felt like now was a great time to be focusing on how to turn around negative emotions and habits and access the benefits created by embracing the power of truth.

While negative emotions like depression, frustration, guilt, loneliness, overwhelm and sadness often run rampant during the end of the year holiday season it seemed like a better idea to focus on positive emotions and habits that enhance the quality of our life. We know these negative emotions exist and often are even more prevalent during the holiday seasons due to many negative anchors, memories and hot buttons which are set off. It has been suggested many times in the Great NEWS Letter that Emotional Freedom Techniques (EFT) is one of the best ways to deal with the negative emotions when they creep into your life so be sure to practice it every day.

The next several articles will be devoted to consciously manifesting the destiny of your dreams by transforming your negative emotions into positive ones. By acknowledging that the negative emotions exist and tapping on them you begin a complex process of rebalancing your nervous system in order to reset your energy system and come back into balance so it is easier being positive and productive.

We have been hearing a lot about honesty, integrity, justice, what’s right, transparency, truth and values, in the press from politicians and business leaders.

The trillion dollar question right now is: are these just clever and manipulative words spoken to influence your thinking and move you emotionally or do these words really mean something and represent a code of conduct for people to follow?

Right now it seems there is a lot of talk but unfortunately very little actual walking the talk.

One, That Leads to Another 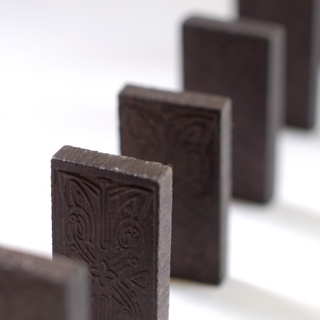 One of the most destructive forces on earth is the chain reaction of events that occurs after people behave in a harmful or negative way by cheating, deceiving, falsifying, lying, manipulating, misleading, misrepresenting or stealing. As we know from a basic law of physics that once a body is set into motion it continues to remain in motion until acted upon by a new force of nature. Another law of physics says energy can neither be created nor destroyed it can only change form.

Once you tell a lie it can easily morph out of control and begin to exhibit a life of its own.

It is fairly well accepted that once a person tells a lie they must tell many more lies to help support the first lie told. This starts a negative energy drain that can spiral out of control. Unfortunately the lie is like a seed of negative energy which germinates into a plant of deception which often results in wasted energy, productivity and time.

This negative energy is also like a poisonous plant which can harm or even potentially kill people and their relationships. Avoid lies and negative energy like the plague and embrace honesty, integrity and the power of truth like a powerful force for good.

May the Force Be With You 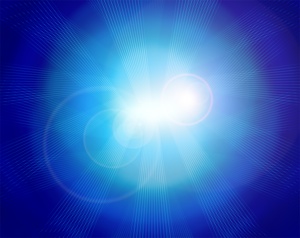 When you think of Star Wars and the “Dark Side” versus “The Force be with you” you get a clear idea of negative versus positive energy. Even ancient writings remind us of the importance of the power of truth when they say: “Then you will know the truth, and the truth will set you free.”

We could also look at the other side of the coin and come to the conclusion that a lie or untruth will be like captivity, harmful, hurtful, imprisonment, punishment, slavery and torture. As you look at the opposite sides of the same coin you see two very different meanings and pictures. When you think of the saying heads “I win” and tails “you lose” you could come to the conclusion that in order for you to win someone else must loose.

Therefore,  it is helpful to reframe you thinking into a win/ win situation so both sides come up winners. 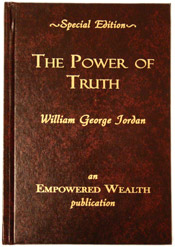 The power of truth is a powerful force to help us return back to being honest, having integrity and living life with high values. This article is the first in a series of articles written with the intention of helping people to tap into their conscious and unconscious mind. To do so we must identify the limiting beliefs and negative emotions that hold us back from achieving the life we desire and deserve. The power of truth is more than just a cliché, it is a powerful way of life and a key value for all leaders to embrace.

While you are there check out his 24 hour truth challenge. While it sounds easy, it may be more difficult than you realize.